﻿ UPDATE: Father shot and killed while dropping off child at school - VOB 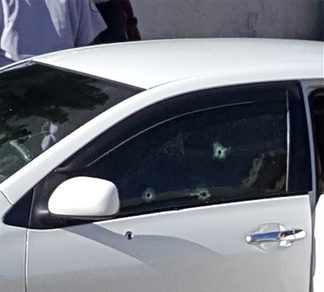 UPDATE: Father shot and killed while dropping off child at school

Barbados records its second murder by gun violence as the new year enters its 16th day.

A morning shooting at St. Albans in St. James has left a 37-year-old man dead.

Reports are that the victim, identified as Marlon Holder of Maynards St. Peter, was dropping his son off at school when a gunman shot through the window of the vehicle, injuring him.

More in this report from Wendy Burke who was at the scene and filed this report.

Meantime, Starcom Network News spoke to the mother of the deceased, Myrtle Skeete.

She described her son as loving.