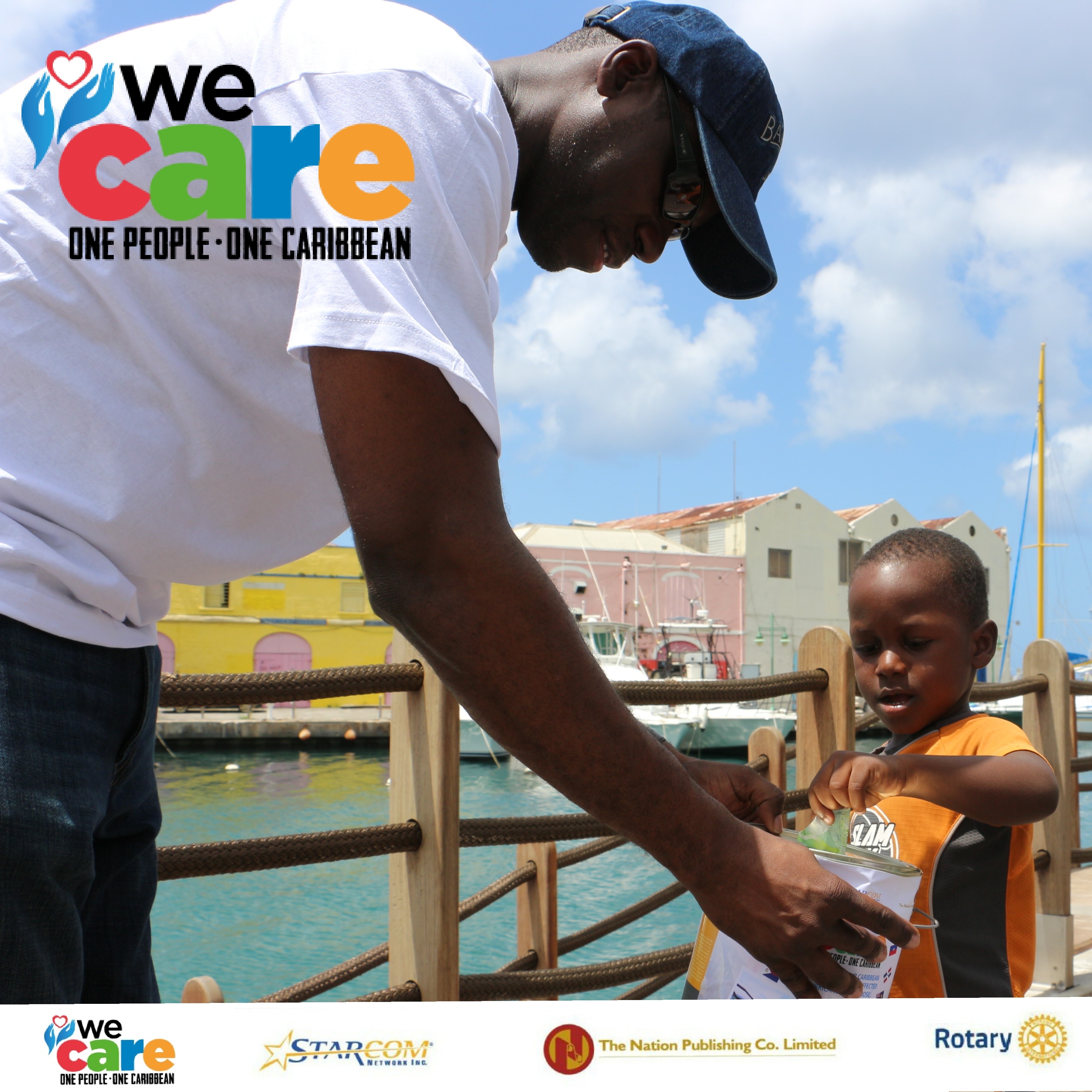 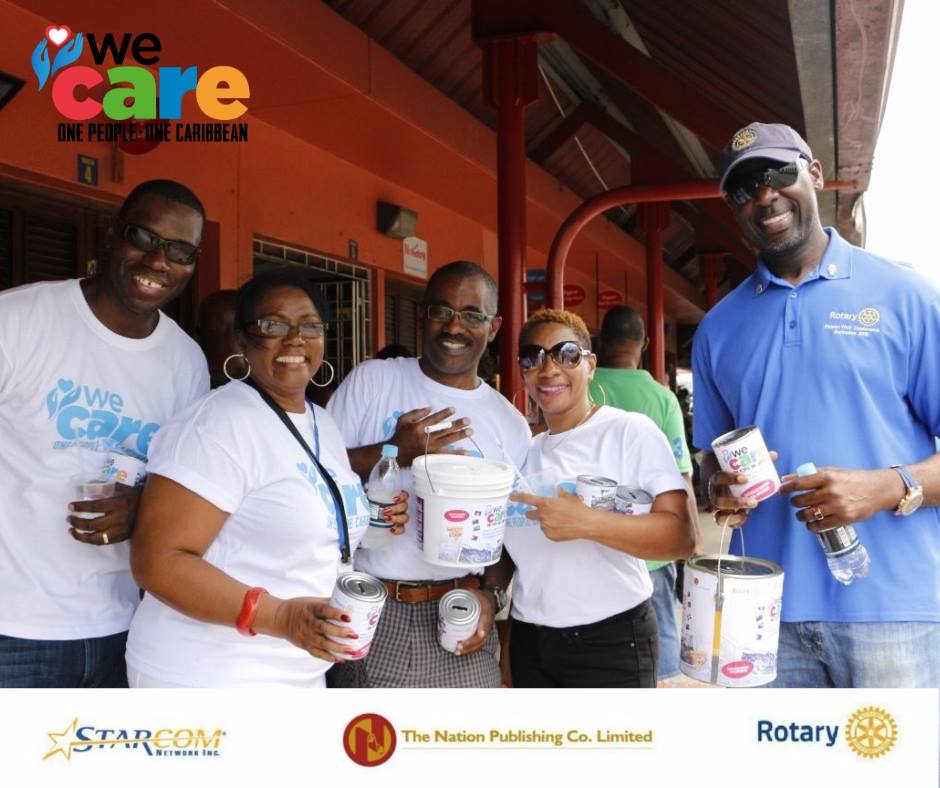 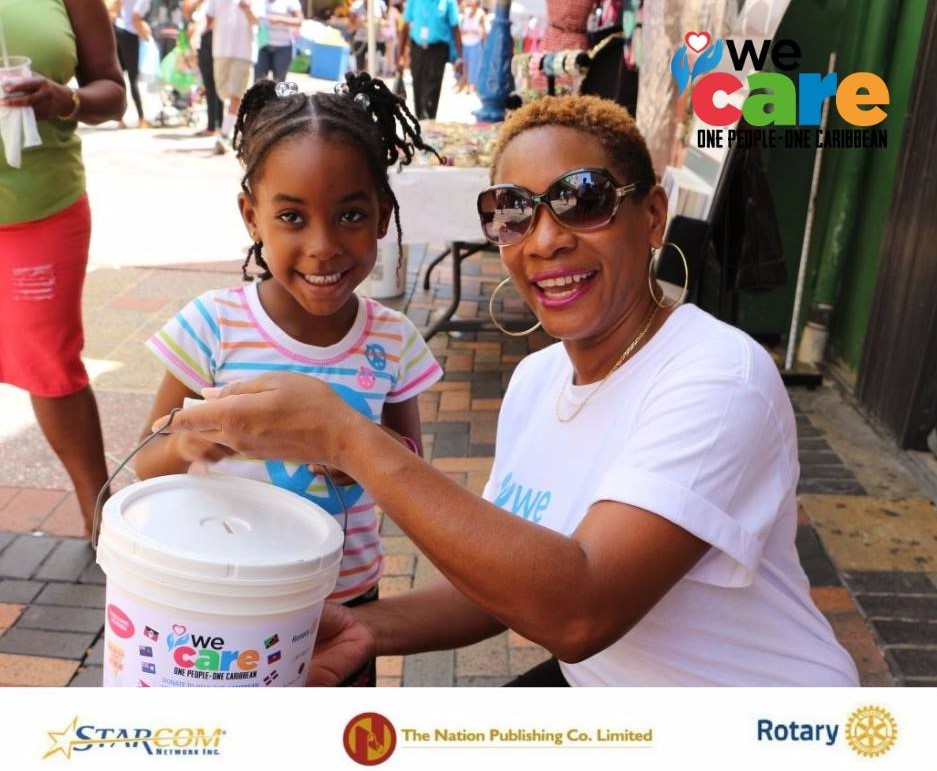 We Care Raises over Two Hundred and Five Thousand Dollars.

It was smiles all round, as representatives from the Nation Group of companies officially handed over to the Rotary Clubs of Barbados, money raised from the We Care: One People, One Caribbean Hurricane Relief (“We Care”) Appeal, during a welcome reception on November 28th at the Apes Hill Golf Club for visiting District Governor of Rotary7030, Waddy Sowma .

We Care; was a joint initiative between Starcom Network, Nation Publishing Co. Limited and the three Rotary Clubs of Barbados and has to date raised just over two hundred and five thousand dollars thanks to the kind generosity of the Barbadian public.  As declared by President of Rotary West, Michael McClean, who delivered the vote of thanks at the event,” the We Care initiative was an extraordinary collaboration between the Nation Group of companies and the Rotary Clubs and was by no means an easy task.”

This project was launched in September of this year to secure much needed funds for a number of Caribbean territories ravaged by the passing of Hurricane Irma and was extended following the devastation reaped on the island of Dominica and others by Hurricane Maria.

Just before presenting the cheque on behalf of the Nation Group of Companies, Anthony Greene , Programming Content Manager shared; “ We at the Nation Group of companies are delighted at the success of the We Care Hurricane Relief effort.  At the Radiothon which was held in September of this year, we aimed at $75 000 at first and when we easily hit this mark, a decision was made to extend the Radiothon and go for $100 000 which we also met. After the Radiothon, we were heartened by the show of love from the Barbados community at large as people continued to give and give to bring us to the impressive total of over two hundred and five thousand being presented here today.”  Greene further noted that calls continue to come in both to Rotary and the Nation Group and it is possible that further funds may be collected.

Outside of the Radiothon, activities that formed part of the We Care appeal included the launch of a FundMe campaign on the Caribbean Funding site pitchandchoose.com and the introduction of print and radio ads to direct persons to the various organizations collecting goods for the devastated islands.

Waddy Sowma, the visiting District Governor who is based in Suriname was highly impressed by the efforts of the We Care campaign. During his presentation he reminded the Rotarians present of the importance of putting service above self and making a tangible contribution to the organization. He also spoke of the need for an even better response to Natural Disasters in the region and shared his hopes that that at the next Rotary District conference, there would be the presentation of a better and more comprehensive district disaster relief plan for the Rotary association.