﻿ STATEMENT BY THE CONGRESS OF TRADE UNIONS AND STAFF ASSOCIATIONS OF BARBADOS (CTUSAB) ON GUNS, CRIME AND VIOLENCE IN BARBADOS - VOB 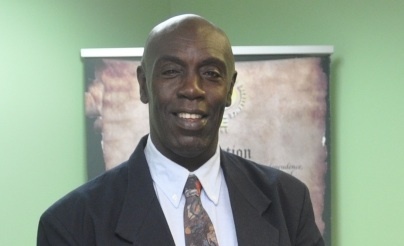 STATEMENT BY THE CONGRESS OF TRADE UNIONS AND STAFF ASSOCIATIONS OF BARBADOS (CTUSAB) ON GUNS, CRIME AND VIOLENCE IN BARBADOS 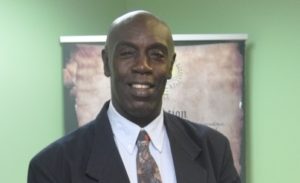 Barbados has traditionally been known as a low crime jurisdiction and a peaceful place. Such attributes have served as a major selling point to attract tourists and other investments. Any deviation from this historical norm is a threat to the Barbados we know and love. It is against this background that the Congress of Trade Unions and Staff Associations of Barbados (CTUSAB) views with alarm and great concern, the recent upsurge in crime and especially those involving the use of firearms. Every act of violence has the potential to injure not only the intended victim but also innocent bystanders.

The Congress of Trade Unions and Staff Associations of Barbados is therefore wary of this development, as it threatens the safety of ordinary law-abiding citizens. There is also the concern of the resultant trauma from these incidences, which can have untold consequences on the psyche of the Barbadian worker and those who are witnesses to these senseless and insensitive acts. The Barbadian economy and social services will experience further stress in seeking to treat and care for the survivors of the action of the criminal element amongst us. Barbadians are urged to seriously consider the burden that our National Insurance Scheme, the Queen Elizabeth Hospital, the Ambulance Service, families, the church and other institutions will bear in coping with these tragic circumstances and the fallout.

The issue of gun crime and violence needs to be tackled head-on if Barbados’ image as a safe place to live, a safe destination to visit and place to work, is not to be tarnished. Barbadians must feel safe going about their daily lives, whether commuting to and from or while at work and within the communities in which they live.

As a nation, there can be no divide on this issue. It is now imperative that all efforts are directed at curbing the entry of illegal firearms into the country. Members of the public are urged to show unswerving support for the work of the Royal Barbados Police Force as the law enforcement agency, which is charged with the protection of the state. We must all play our part to bring an end to the acts of criminal activity and lawlessness.

In this fight against the rising tide of gun crimes, violence and trafficking of illegal drugs, it is absolutely necessary that an all-out effort is made at ensuring that the Royal Barbados Police Force is provided with all of the resources necessary, inclusive of human capital and relevant technology.

We also urge the Royal Barbados Police Force to rekindle the spirit of community policing as a tool for use in the push back against the scourge of all forms of criminal activity.

While the country may speculate on how it has reached this point and may wish to point towards the illicit drug trade and gang-related activity, the frontal issue to be addressed is that of how to arrest the behaviour of the criminal element, whose actions can impact negatively on an already ailing economy.

CTUSAB supports the introduction of security measures at the ports of entry, which are intended to prevent the smuggling of illegal guns into the country.
CTUSAB goes further and calls for swift judicial action involving gun-related crime, for a decisive and sustained plan of action to tackle both the escalating gun crime and the apparent gang activity.

Let us all resolve to be our brother’s keeper and to take a firm and uncompromising stand against any activity that threatens to take Barbados down the slippery slope.