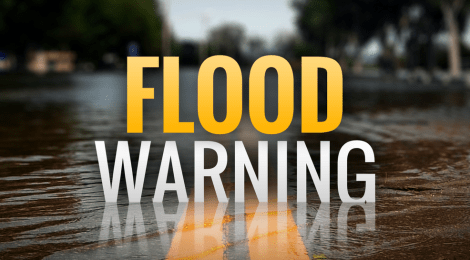 A Flash-Flood Warning is in effect for northern and central sections of Barbados.

A Flash-Flood Warning means that flooding due to heavy or excessive rainfall in a short period of time (generally less than six hours) is imminent or already occurring.

A surface to low-level trough along with day time heating has been producing some moderate to heavy showers and thunderstorms over the
northern and central sections of the island over the past few hours.

Rainfall accumulations in excess of 25 mm (1 inch) have already been recorded and further accumulations of 25 – 50 mm (1 – 2 inches) are likely as the afternoon progresses.
Thus, a Flash-Flood Warning has been issued for northern and central districts and will remain in effect until 5:00 p.m this evening.

Residents in flood-prone areas should remain on the alert and take all necessary precautions. This is the second flood warning in two days.