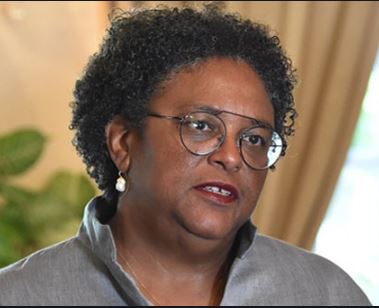 Barbados Prime Minister Mia Amor Mottley has expressed dissatisfaction over the pace of regional integration and the way the business of Caricom is conducted and communicated.

The Prime Minister says she will attempt some changes when she takes over the Chairmanship early next year.

Miss Mottley highlighted her concerns while speaking as panellist in a discussion called “An Evening Chat with Women Shaping Global Economic Governance and Trade” which was held at the Errol Barrow Centre for Creative Imagination at the UWI Cave Hill Campus last evening.

Prime Minister Mottley believes the sluggishness with which Caricom operates is holding back progress on key issues she believes are critical to the economic development of the region including transport, telecommunications, and information flow.