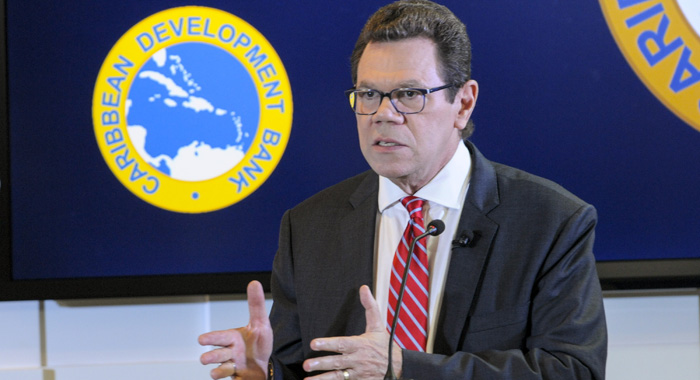 CBD urges Barbados to press ahead with structural adjustment programme

The Caribbean Development Bank is urging Barbados to continue its structural adjustment program and recommends that other governments in the region adopt a similar approach.

That was advice from the CDB’s President Dr. Warren Smith at a news conference this morning where the bank’s top officials reviewed the region’s economic performance in 2019.

Dr. Smith identified Guyana with its oil boom as the new economic star of the region but felt several other states would continue to face challenges in achieving significant growth.

The CDB’s Director of Economics, Dr. Justin Ram, noted that the regional bank is providing financial assistance for the Barbados program.

Meantime, the CDB President believes that if the coronavirus outbreak in China drags on and continues to spread across the globe it could hurt the economies of Caribbean countries especially because of its potential impact on tourism but also on trade generally.

But Dr. Smith noted that there were indications that the outbreak could peter out over the next several months and he praised member states for their efforts to combat the spread of the virus.